Brazilian Butt Lift at a Glance

What is a Brazilian Butt Lift? 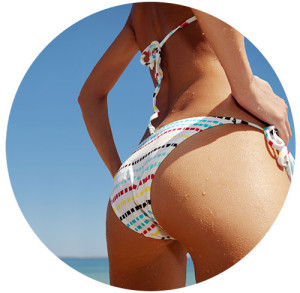 A Brazilian butt lift is an advanced butt augmentation technique that uses fat grafting to achieve rounder, more voluptuous buttocks. It can also reduce sagging and drooping of the buttocks.

Fat grafting, also known as fat transfer, removes excess fat from one area of the body and transfers it to another area that might lack in volume, such as the buttocks. Surgeons typically graft excess fat from the thighs and abdomen while performing a Brazilian butt lift.

How is a Brazilian butt lift performed?

A Brazilian butt lift is an outpatient surgery lasting about two hours. Once the patient is under anesthesia, the surgeon performs liposuction to retrieve fat to be transferred during the second portion of the surgery. After removing the fat, the surgeon processes and prepares the fat and tissue.

The surgeon then inserts a cannula (thin tube) with connected syringes specially designed for fat grafting into the buttock, making small injections throughout the buttock area.

Recovering from a Brazilian butt lift

Patients play a crucial role in how well and quickly they recover from a Brazilian butt lift. Following the procedure, patients may be monitored for a couple of hours before returning home. Liposuction and grafted areas will be wrapped in a compression garment. It must be worn at all times until the surgeon deems it’s ready to be removed.

For the next three weeks after the surgery, patients must sleep on their stomach or side and avoid prolonged sitting. Sitting for too long of a period will damage and alter the fat grafts. If sitting is absolutely necessary, patients must use a cushion beneath the thighs so that the buttock muscles rise and avoid contact with any firm surface.

The long-term results of a Brazilian butt lift may take up to a year to settle into its permanent shape. All swelling should also be gone several months following the procedure.

Along with standard surgical risks such as infection, bleeding and anesthesia allergies, Brazilian butt lifts may, in some cases, cause: